Click here for a campus map from the University of Missouri, showing the Bond Life Sciences Center »
(Click on 'parking' to find out where you can park) 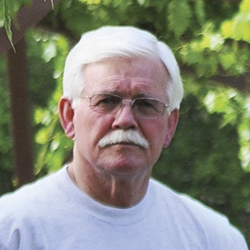 Topic: Fertiliser- how much is too much and Soil fertility management.

Neal has been consulting since 1973 after completing a program of study developed and taught by Dr. William A. Albrecht. Consultations include clients with small holdings to large farms and both conventional and organic farms. Consulting practices includes soils received for analysis and recommendations from all over the United States and from 75 countries, principally from the U.S., Canada, Mexico, Australia, New Zealand, South Africa, Great Britain, Germany, Austria and France. 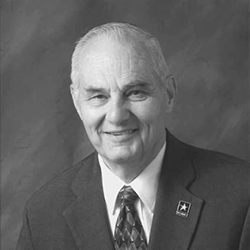 Topic: The role of nutrients in the plant and how they protect it from specific diseases.

Don is Professor Emeritus, Purdue University Idaho, United States. Don is an internationally-respected scientist in the field of plant pathology and a leading expert in genetically-modified organisms. 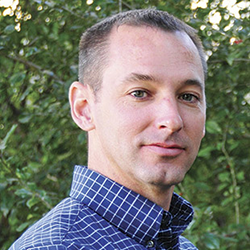 Topic: The relationships between weed incidence, soil pH and the nutrient levels.

Kevin is a Professor and State Extension Weed Scientist in the Division of Plant Sciences at the University of Missouri. Kevin’s faculty appointment includes extension and research responsibilities in the area of applied weed management in corn, soybean, wheat, pastures, and forages. He also teaches a graduate level class in herbicide mechanism of action.

Dr. Bradley’s applied research program focuses on the development of programs for the prevention and management of herbicide-resistant weeds, the interaction of herbicides and weeds with other agrochemicals also pests in the agroecosystem. 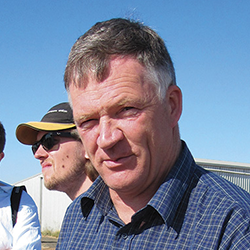 Topic: Role as a farmer and Kinsey/Albrecht consultant, what he has achieved with increased yields, profit and improvements.

Peter grew up on a farm in Northern Germany, within 1km of the North Sea. After studying agriculture, he immigrated in 1980 to Alberta, Canada and started farming there two years later. He initially farmed conventionally, however, in the mid 1990s, he undertook training in holistic management and slowly from this time on he remodelled his farm. In 2002, Peter took a Neal Kinsey course, which introduced him to Dr William A Albrecht’s work and from this he has continued to gain excellent results. He started mineral balancing in 2004 and the farm was certified organic in 2007. Today, Peter grows perennial forage for grazing and feed in rotation with wheat and peas. 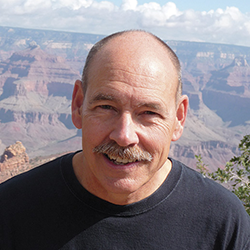 Topic: Biology of the soil nitrogen.

Perry Labs was founded in 1982. They receive samples from all 50 States and over 45 countries. 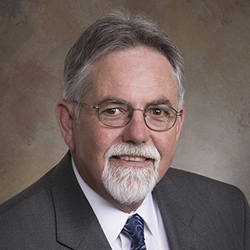 Topic: The effects rain water and irrigation has on Calcium in the soil.

Bill is the President of B & B Ag Consulting. They consult on soil fertility, water management, and on more than 100 different crops. Bill holds a Bachelor of Science degree from U.C. Davis (1973). A 6th generation farmer they farm almonds, walnuts, pecans, wine grapes, alfalfa, corn, beans and winter forages. 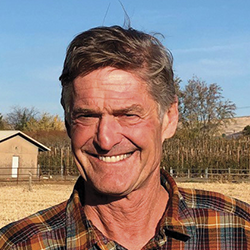 Topic: Since 2007 the farm has been practicing exclusively the Albrecht/Kinsey program. Michael will also include information on the latest in agricultural technology that his son Patrick is overseeing.

This 3rd generation farmer based in the Yakima Valley of central Washington State farms over 3,000 acres of mostly permanent crops including nearly 2000 acres of hops and 500 acres of apples. They also raise grass-fed Devon beef and alfalfa. In April of 2013 members of the 4th generation opened the first ‘estate’ brewery in the United States located on the family hop farm. The soils have improved significantly through soil balancing, use of extensive cover cropping and judicious use of composted hop vines combined with the latest in agricultural technology including fully computerized irrigation systems, GPS applied fertilizers based on extensive EC mapping, web-based soil sensors, on farm weather stations and, most recently, weekly aerial photography throughout the growing season have been implemented by Patrick. Mike attended Washington State University majoring in Agricultural Economics. 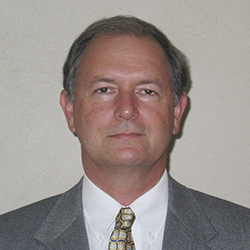 Bob Kremer is a Professor of Soil Microbiology at the University of Missouri. Bob has recently retired after a 32-year career as a microbiologist with U.S.D.A, Agricultural Research Service. His original research targeted soil microbe-plant pesticide interactions; soil health assessment in agricultural and grassland systems; and impacts of genetically-modified crops on soil ecology and biology. His teachings now include soil microbiology, weed science, and sustainable agriculture. Dr Kremer is a Certified Soil Scientist, a Fellow of the American Society of Agronomy and the Weed Science Society of America.

He was raised on a diversified farm in Osage County, Missouri USA and continues to work and carry out field research trials on the same farm. 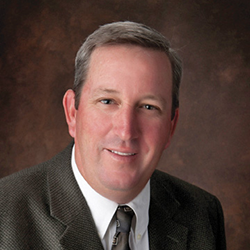 Topic: Benefits they have gained on their walnut operation using the Albrecht/Kinsey program at Crain Ranch. They are involved in 40,000 acres of walnuts and with every aspect of the walnut industry, including farming, processing, packing, marketing and exporting.

Hal grew up on a farm in Northern California, and has been involved in the walnut industry his entire life. Hal specializes in the farming division of the company and the growing of walnuts, almonds and prunes.

He initially became aware of Albrecht program in 2005, and after reading Hands On Agronomy, he took Neal Kinsey’s Advanced Soil Fertility Course. Hal credits the application of the Albrecht program for soil fertility with removing the cyclical production trend that he had in his walnut orchards. In addition to steady production year after year, Hal is confident that the balanced soils are the reason for great production on marginal soils and has helped to improve the soils even more. 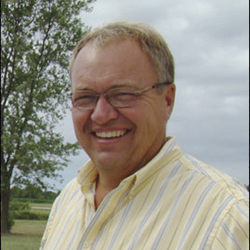 Tim is the Director of Field Operations at the University of Missouri. Throughout his 30 year professional career he has continued to meet practical problems and management by understanding the problem and then solving it through dedicated research projects.

His research interest has been wide including: production agronomy, plant physiology with an emphasis on mineral nutrition, wildlife management in an agriculture, organic grain and vegetable production, pollinator habitat, cover crops and soil health.

His recent research interest has focused on cover crops and soil health and how the three soil properties interact: soil chemistry, soil biology and soil physical properties. This interest led him to examine the Albrecht method in grain and forage crops by breaking down the recommendations to understand how each nutrient component interacts with yield and grain and forage quality. 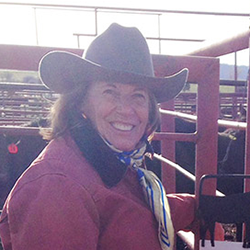 Topic: How does one go about reversing such abuse of the land? And what twenty years of farming using the recommendations of the Albrecht program has achieved.

Barbara Sexton and her husband John were born in Denver, Colorado. They bought their ranch in 1994. Neal Kinsey made the comment to them, it was some of the worst ground he has ever seen. 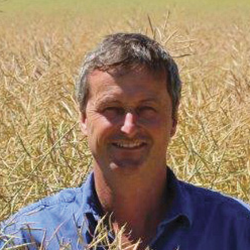 Topic: Observations of experimenting with lime and trace elements, Rob’s own success, and success of other farmers he consults to, who are using the Albrecht/Kinsey program.

Rob’s farm is situated near Wellington and he has specialised in the Kinsey-Albrecht program since 1996, adapting it for Australian soils and conditions. He farms sheep/beef and mixed cropping on 3954 acres (1600 ha) with his wife Mary. 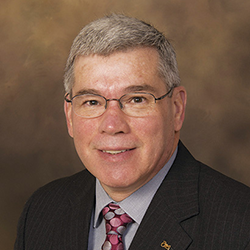 Topic: Soil properties in water. Water infiltration and holding capacity and how management affects this.

His personal research focuses on quantifying the interactions among the components of the soil-plant-atmosphere system to quantify resilience of cropping systems to climate change and development of techniques to enhance decision-making for agriculture. He leads the agriculture sector for the National Climate Assessment, a member of the Intergovernmental Panel on Climate Change (IPCC) process that received the 2007 Nobel Peace Prize, and lead on the agriculture indicators of climate change for the U.S. Global Change Research Program (USGCRP). He is the recipient of numerous awards and was elected to the Agricultural Research Service Hall of Fame in 2014 for his research on improving agriculture and environmental quality and the Hugh Hammond Bennett award for his national and international work on conservation. He is the author or co-author of 438 refereed publications and the editor of 17 monographs. 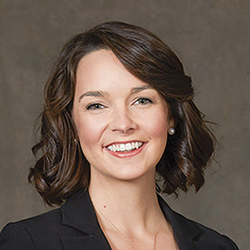 Meagan serves as the Chief Operations Officer and Soil Scientist of Perry Agricultural Laboratory, Inc. located in Bowling Green, Missouri. Perry Agricultural Laboratory, Inc. conducts nutrient analysis on soils, plant tissues, feed, seed, water, manure and fertilizers. PAL serves clients in all 50 States and 45 foreign countries. In 2011 Meagan and her husband Marc started PAL Farm Management LLC, a precision agriculture business. This firm utilizes GPS technology to pull soil and plant tissue samples, run them in through the lab, and make variable rate fertilizer and planting prescriptions. PAL Farm Management services clients in Iowa, Missouri, and Illinois. Additionally, the couple farms with Marc’s parents in Carrollton, Missouri in the Missouri River plains where they produce corn and soybeans. Meagan received her degree in Soil Science from the University of Missouri-Columbia. During her time at Mizzou, she participated in undergraduate research in Crop Physiology under Dr. Dale Blevins, and in Agricultural Economics under Dr. Abner Womack at the Food and Agricultural Policy Research Institute (FAPRI). 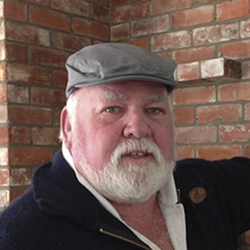 Steve farms 272ha at Mayfield, Mid Canterbury. He has been using the Kinsey-Albrecht programme for the past nine years and, for the first time, he has an area under irrigation. Steve grows 90ha of barley and 130ha of wheat, as well as running dairy grazers. 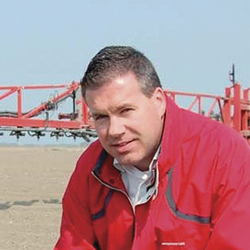 Topic: Soil balancing, quality of yield and the use of compatible products to improve plant growth and quality, using Albrecht/Kinsey program and consulting in The Netherlands, Germany, Belgium and Scandinavia.

Marco grew up on a mixed farm with beef cattle and arable crops such as seed potatoes, sugar beets and onions. After studying at High Agricultural School (Plant Physiology) Marco started his interest in soil fertility. In 2003 he started working with products and fertilizers, based on complex compounds which had the organic property in the soil.

Marco owns and operates N-xt Soil Services and uses the Kinsey-Albrecht program. NSS emphasises to their customers how they can produce better quality and lower their farm costs, which starts with the soil. They cooperate with more and more companies who are understanding the value of better quality food! 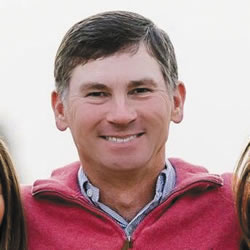 Topic: Success with the Kinsey/Albrecht programme.

Allen Below is a fourth generation farmer. He began farming in 1988 in the Southeast Missouri counties of Stoddard and New Madrid. Allen and his mother, Karen Keasler, together own and
operate as Keasler Farms Inc.

Cover Crops were introduced in 2012 on a limited scale. By 2014, the farm had 1700 acres under cover growing to 5,500+ acres this 2018 season. The cover crops planted are at minimum 3-way blends consisting of a grass (black oats, annual rye, and or cereal rye), a legume, (vetch, winter peas, or clover), and a brassica (tillage radishes, turnips, and/or dwarf Essex rape).

In addition to farming, Allen is a partner of Stoddard County Cotton Company, a cotton gin located in Bernie, MO. He is also vested in land grading, crop sensors, and compost operations. 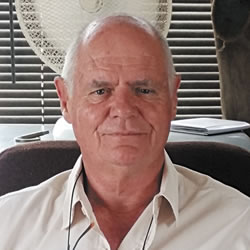 Topic: Compost manufacturing in a commercial scale. Billy personal experiences using the Kinsey/Albrecht programme with his cropping and dairy operation.

Billy has been farming since 1983. His farm consists of cropping and dairy. Billy has manufactured compost from the 1990’s for their own personal use, then 2003 they expanded the compost operation facility in order to sell compost to the public. 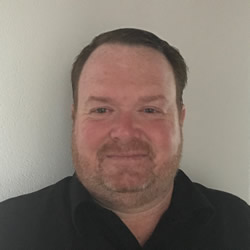 Over his career to date, Bill has integrated lessons from Allan Savory, Neal Kinsey, Bud Williams, Dick Diven and many others. In this presentation, he shares his thoughts around effective rainfall, specifically, nutrients and recycling, quality and prioritizing the process.

Bill describes himself as being 32 years into the process of making the land “beautiful, productive and delicious”.

He has a BS and MS in Agricultural Economics from Kansas State University. His businesses cover extension and agronomic and grazing consulting. 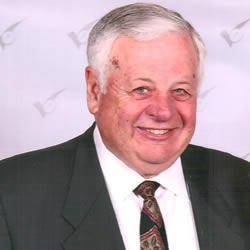 Ted has a BSA in Animal Science and a MS in Agricultural Economics. He is an accredited farm manager and land consultant and has served as President of the American Society of Farm Managers & Rural Appraisers.

Ted has a long and active history with the American and Arkansas Soybean Associations.

World Wide Agriculture is proud to be linked to its sponsors.