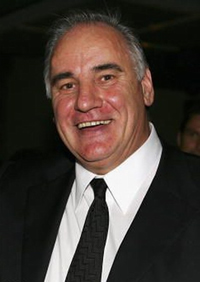 The VFL legend is an Australian lamb ambassador. He promoted lamb through a series of quick-witted, satirical Australia Day addresses to the nation. Sam will open the conference and is guest speaker at the Wednesday 20 July dinner (at The Premier Function Centre). 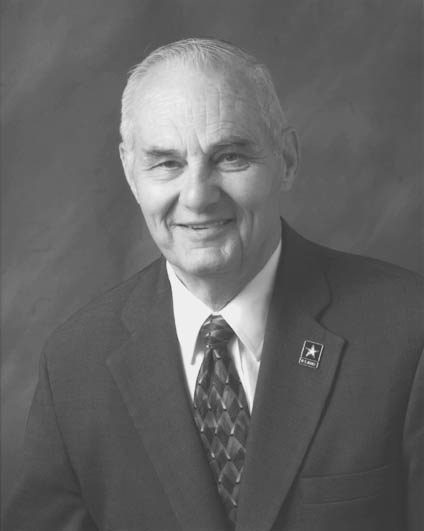 Don is an internationally-respected scientist in the field of plant pathology and a leading expert in genetically-modified organisms. He will speak twice at the conference. Day one: The six principles of managing nutrition to control plant disease. Day two: The overuse of glysophate.

Bo is a soil fertility and production consultant. He works with both conventional and organic growers to address disease, weeds, insects and soil fertility in southern California deserts and Southeastern Arizona. Bo is discussing what to do with and how to manage high sodium and high pH soils to increase yields.

Bob is general manager of Perry Agricultural Laboratory. He will speak about how soil measurement can be the key to managing and nourishing a soil to its full potential and maximum economic yield.

Neal owns and operates Kinsey Agricultural Services. He has been a soil fertility specialist since 1973, learning under Dr William A. Albrecht. His approach is based on using soil chemistry and providing nutrients to correct the soil’s physical structure, providing the ideal environment for encouraging life in the soil. Neal discusses the importance of magnesium in the soil and how to improve water efficiency for crop production.

Peter specialises in nutritional balancing using hair mineral analysis. Australian and New Zealand dairy farmers are using this scientific methodology to break through animal health and production barriers. Peter will discuss the role of antioxidants. Can they double yields and profit?

Tim is superintendent of the MU Bradford Research Center (BREC). He is known for “thinking outside the box”, expanding the research, education and outreach/extension programmes at BREC. Tim will speak on the importance of cover crops, soil health, and how soil fertility influences food quality.

Topic: How and why soil mapping improves the efficiency of fertiliser and water application.
Aaron is a soil mapping specialist, farmer and soil fertility consultant.

The Van Reenen Family owns Beefmaster, a vertically integrated business of cattle feeding and beef production. Beefmaster sells beef to local and international wholesalers, as well as through its own retail outlets. Roelie has been using the Kinsey-Albrecht programme on the family's properties for 14 years, producing silage and pasture for feeding cattle. Roelie will speak about Beefmaster and the changes the programme has made to their operation.

The farmer speakers will discuss how they have lifted yields and improved stock health by using conventional testing methods and products.

Mat milks 210 cows on 70ha of irrigated land – a mixture of flood and spray irrigation. He has been working with the Kinsey-Albrecht programme for the past seven years.

Matt milks 350 cows and supplies milk into the Sydney market. The 165ha grazing platform includes 70ha of irrigated river flats, which have been converted to Malibar mix. The remainder of farm is undulating hills – with a kikuyu base, oversown each autumn with winter-active annuals. Replacements heifers are carried on farm. While grain is purchased in, all other fodder is homegrown.

Spicers Run is 3,800 ha property approx. 30km North of Wellington New South Wales. The soil is predominantly red basalt type, the family operation runs 9,000 merino ewes all joined to Border Leicester rams, the livestock graze on improved pasture of predominantly Lucerne, clover, phalaris and chickory. Approximately 40% of the property is cropped each year with Canola, Wheat, barley and oats, with a big percentage of the crops being dual purpose. 95% of the property is arable and we have been very impressed with the Kinsey/Albrecht soil program since we implemented it in 2004.

The Ulrich family have been using the Kinsey-Albrecht programme for several years and practising hair mineral analysis within the dairy herd. Alex runs 260 cows on 114ha, of which 100ha is irrigated. Six robotic units operate in the cowshed. The operation’s cropping area (separate to the milking operation) is planted out to grow 60% lucerne, 20% fodder beet and 20% maize.

Steve farms 272ha at Mayfield, Mid Canterbury. He has been using the Kinsey-Albrecht programme for the past nine years and, for the first time, he has a block under irrigation. Steve grows 90ha of barley and 130ha of wheat, as well as running dairy grazers.

Brody and wife Alissa milk 400 cows across two dryland properties, totalling 320ha. Three-quarters of the cows are autumn calved. Eighty per cent of the land is in lucerne/chicory/tonic/prairie pasture. Kennedys have been using the Kinsey-Albrecht programme for the past three years and carrying out hair mineral analysis for the past year.

World Wide Agriculture is proud to be linked to its sponsors.